Here we are again with more fantastic stained glass!

From Wikipedia, the free encyclopedia 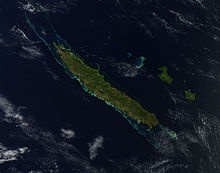 A satellite photo of the island taken by Terra/MODIS (24 September 2012).
Grande Terre is the largest and principal island of New Caledonia.
British explorer James Cook sighted Grande Terre in 1774 and named it "New Caledonia", Caledonia being a Latin name for parts of northern Scotland. Eventually, the name "New Caledonia" became applied to Grande Terre and its surrounding islands.
The largest settlement on Grande Terre is Nouméa, the capital city of New Caledonia. Locals refer to Grand Terre as "Le Caillou", the rock.[1]
Grande Terre is oriented northwest-to-southeast; its area is 16,372 square kilometres (6,321 square miles). It is 350 kilometres (220 miles) in length and 50–70 km (30–40 mi) wide in most places. A mountain range runs the length of the island, with five peaks over 1,500 metres (4,900 feet). The highest point is Mont Panié at 1,628 m (5,341 ft) elevation. 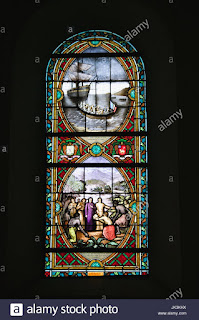 The landing on New Caledonia 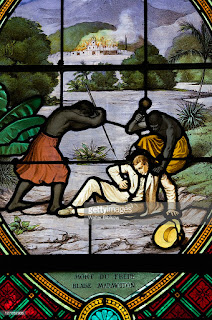 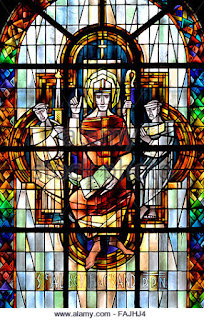 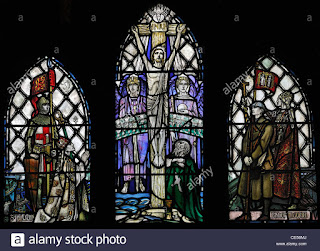 Pictures from the church St. Denis on the island of Caledonia.

Stained glass tells the stories from years ago, which are intriguing and beautiful!

Posted by StainedGlassPanelsPlus.com at 10:50 AM